A Historic Event in Bayside, Queens

I am currently chairman of the board at my alma mater Holy Cross High School in Bayside, NY. In September 2018, our school expanded its mission and began accepting women (in addition to men). The transition from a single gender school to co-ed has been quite successful.

Our school recently made history through a fortuitous vacation my wife and I took to Italy in the fall of 2018. We were having lunch with friends in northern Italy on Lake Maggiore. I was telling my friends that Holy Cross had just become co-ed and volleyball was one of the first female athletic sports at the school.

The woman with whom we were having lunch said that volleyball is very big in Europe and her niece plays on a club team in their town. As it turns out, her niece’s team was the same age bracket as the new freshman girls at Holy Cross.

I said to our friends “wouldn’t it be great if we could somehow have your girls play our girls?” Well, that idea took shape quickly and we began planning for the Orago Progetto Volleyball Team to travel to New York to compete against our girls!

The Italian contingent consisted of eleven players, a coach, club president and fifteen parents and siblings of the players. For many, it was their first time in the United States.

In addition to the exhibition, we took the Italian contingent to the Queens Museum at the site of the 1939 and 1964 World’s Fair, the Museum of the Moving Image in Astoria, Queens and an all-day tour of NYC, including Central Park, Time Square, and the World Trade Center Memorial in lower Manhattan.

The girls from each of the teams bonded instantly, contact information was exchanged and many new friendships were formed. And the icing on the cake was that the event raised $3,000 for the Memorial Sloan-Kettering Cancer Research project.

Plans have already begun for the Holy Cross girls to compete in Italy in 2021!

Takeaways for Your Nonprofit

We're not around right now. But you can send us an email and we'll get back to you, asap. 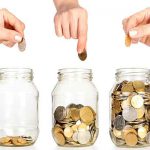 No fundraising plan? Start with these 4 questionsFundraising and Development, Strategic Planning